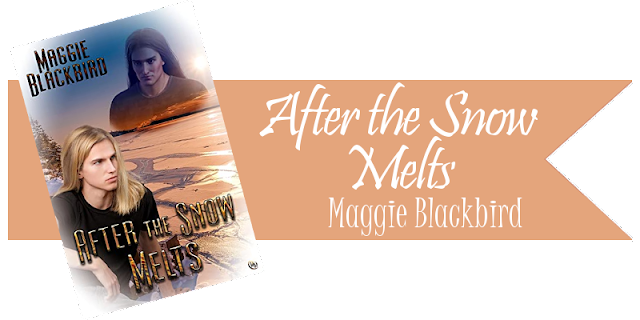 To continue his high school education and study law in the future, Elliot had to leave his family home among the Ojibway people and move to Thunder Bay. Although the boy constantly misses his loved ones, he has someone at his side who to some extent makes the time spent away from the family less severe. Bryan, his best friend and secret love, is rich, handsome, popular, and, as if that was not enough, has influential parents. But most importantly, his heart is in the right place and this heart beats for Elliot. The problem is that neither Bryan nor Elliot know how to confess their feelings to each other. So when one of them comes up with a brilliant idea of how to achieve his goal, their little game begins.

"After the Snow Melts" is a short story by Maggie Blackbird, in which the main characters are two teenage boys – not yet men, but not children anymore. Stories that are part of the young adult literature, and "After the Snow Melts" belongs to this group, are definitely not the easiest ones to write, because the author is usually an adult who must think like a teenager. So did Maggie Blackbird meet the challenge? Yes, definitely. Probably the best example of this is the fact that both Bryan and Elliot did not lose the innocence which is so characteristic for people their age. We see it, for example, in the greatly presented attempt to confess one's feelings that is so sweet that it really makes us smile. The young readers will immediately see themselves and their own ideas in this intricate plan, while the older ones will undoubtedly remember some "good old days" and the crazy ways in which they confessed their love. Believe me, in this respect the story is simply fantastic.


Another topic which in "After the Snow Melts" was presented in a really good way, because it takes into account the young age and small life experience of our main characters, is the acceptance of views, beliefs and way of life of other people, and more specifically of this one, somewhat the most important person. I really like the fact that in the story we see how our boys learn the said acceptance through trial and error. They start with a simple thing like music but over time they proceed to those more serious problems, which are not so easy to deal with. It turns out that Bryan and Elliot must accept certain things while remaining faithful to themselves, their views and decisions. Therefore, they learn not only how to make an adult decision, but also the mechanisms of acceptance of the other person, while remaining true to oneself. It is thanks to all this that Bryan and Elliot have the opportunity to really grow up. So I'm glad that the author didn't let her characters go the easy way, but she forced them to follow the more difficult and real path to adulthood.


Undoubtedly the great advantage of "After the Snow Melts" is also the universality of the story presented in this work. Although the action was set in the past, for some of us in the distant, while for the others in more recent one, all the readers can easily visualize the events presented in "After the Snow Melts" as if the story was taking place here and now. I think the fact that the teenage readers will be able to see themselves, their problems and their crazy ways of confessing love in this novella is really important. While the world and technology are changing rapidly, the way Bryan and Elliot's story is presented is not determined by them. Therefore, it doesn't matter if we were, are or will be the teenagers. This is a timeless young adult story that will always be up to date.

To sum up, "After the Snow Melts" is a small short story in which two cultures and two young hearts combine. It is a story about finding courage to confess love and respond to one’s feelings, and about respect for the differences that this love brings.

Headcanon: Studying at the university, Elliot and Bryan have many relationship problems. It's the most difficult time for their love.

Fanfiction idea: Elliot and Bryan kiss and cuddle at school. They are almost caught by the principal, but in the nick of time they hide in the broom cupboard. Unfortunately, when they want to get out it turns out that the door is stuck. The boys are locked together in a very, very small space.

AU idea: Elliot is a lawyer who conducts a very serious case, which is why he is shot by someone who wanted to get rid of him. He goes to the hospital, where Dr. Bryan takes care of him. Love is in the air.

Email ThisBlogThis!Share to TwitterShare to FacebookShare to Pinterest
Tags: After the Snow Melts, ARC, M/M, M/M romance, Maggie Blackbird, POC, Review, YA, YA LGBT+, YA romance